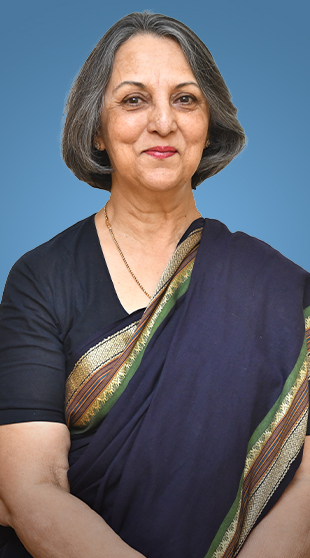 Ranjana’s   practice areas include advising joint ventures and contracts, including company law, FDI, foreign exchange regulations, intellectual property rights and dispute resolution, across sectors. She specializes in the international law of outer space and advises on specific issues related to the interrelation between international regulations and Indian domestic policy and regulations, including on participation of non-government entities in outer space activities and relating to commercial satellite services including telecommunications and Earth Observation.

She litigates in the High Court of Delhi, the National Company Law Tribunal and Supreme Court of India, as well as conducts arbitration and conciliation proceedings. She has served as Counsel for the Union of India at the High Court of Delhi and Counsel for the State of Maharashtra in the Supreme Court of India. Ranjana  specializes in air accident claims subject to personal international air law and relevant national law.

An affiliate of the International Institute of Space Law, Paris, Ranjana was awarded the IISL 2017 Distinguished Services Award for contribution to development of national space law. She serves on the Editorial Board of Room, The Space Journal.

Prior to joining Dua Associates, she was in private practice, and regularly assisted Government in legislative drafting. Ranjana also served as Member, Delhi State Commission for Women and has been a consultant to the World Bank and the Indian Council for Research in International Economic Relations.