Admission Or Rejection: Powers Of The Adjudicating Authority 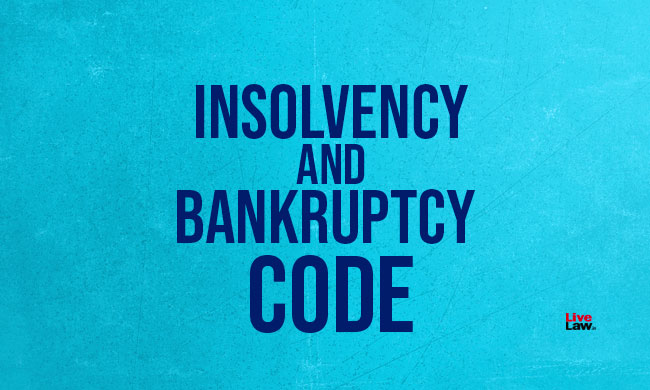 The National Company Law Tribunal (“NCLT“) as the Adjudicating Authority under the Insolvency and Bankruptcy Code, 2016 (“the Code”), can admit or reject an application filed by a financial creditor to initiate a corporate insolvency resolution process (“CIRP”) against a corporate debtor. In a September, 2022, decision of the National Company Law Appellate Tribunal, (“NCLAT”), New Delhi, in Ocean Deity Investment Holdings Limited, PCC v. Suraksha Asset Reconstruction Limited and Anr.[1], it has been observed that mere existence of debt and default does not imply that an application under Section 7 of the Code is required to be admitted, thereby clarifying the law on the powers of the Adjudicating Authority while dealing with Section 7 applications.

The Adjudicating Authority is required to ascertain the existence of default within 14 days of receipt of an application under Section 7 (1) of the Code by a financial creditor for initiating a CIRP against a corporate debtor. Under Section 7(5) of the Code, once the Adjudicating Authority is satisfied that the application is complete, a default has occurred and there are no disciplinary proceedings pending against the proposed resolution professional, the application may be admitted, marking the commencement of CIRP against the corporate debtor.

Suraksha Asset Reconstruction Limited (“Suraksha“), as an assignee of the loans given by Yes Bank to Ocean Deity Investment Holdings Limited, PCC (“Ocean Deity“), filed an application under Section 7 of the Code for initiating CIRP against Mack Star Marketing Private Limited (“Mack Star“), on the ground that out of the six term loan transactions executed between Mack Star and Yes Bank, Mack Star had defaulted in payment of four term loans amounting to Rs.1,59,67,40,173/-. The application of Suraksha was admitted by the NCLT, Mumbai, by its order dated September 20, 2021, holding that there was existence of a financial debt in terms of Section 5(8) of the Code and default had occurred in terms of Section 3(12) of the Code.

This order was challenged by Ocean Deity (a majority shareholder in Mack Star, holding 82.17% shares), before the NCLAT, New Delhi, contending that the term loans were collusive

transactions, and a prayer was made seeking dismissal of the aforesaid order. Suraksha and Mack Star as the Respondents before NCLAT, contended that the scope of the Code is very limited, and the Adjudicating Authority need not delve into the question of whether the debt is disputed or not, as long as there is existence of debt and default.

Factors to be considered by the Adjudicating Authority

The Supreme Court, in Innoventive Industries Limited v. ICICI Bank and Anr.,[2], had observed that at the pre-admission stage, the Adjudicating Authority was merely required to see the records of the information utility or other evidence produced by the financial creditor to satisfy itself that there is a financial debt, and the corporate debtor has defaulted in repayment of that debt. The Supreme Court further held that the corporate debtor is entitled to point out that a default has not occurred in the sense that the “debt” is not due, and the concept of “default” under the Code is very wide as it also includes non-payment of a disputed financial debt. It was further observed that a debt must be due i.e., payable, unless it is interdicted by some law or has not yet become due in the sense that it is payable at a future date. Once it is established that there is existence of debt and default, the Adjudicating Authority is bound to admit an application under the Section 7 of the Code.

In Asset Reconstruction Company (India) Ltd. v. Bishal Jaiswal, the 3-judge Bench of RF Nariman, BR Gavai and Hrishikesh Roy, JJ, held that an entry made in the books of accounts including the balance sheet, can amount to an acknowledgement of liability within the meaning of Section 18 of the Limitation Act, 1963. In the said case, the Court held

“… it would depend on the facts of each case as to whether an entry made in a balance sheet qua any particular creditor is unequivocal or has been entered into with caveats, which then has to be examined on a case by case basis to establish whether an acknowledgement of liability has, in fact, been made, thereby extending limitation under Section 18 of the Limitation Act.”[3]

The occurrence of debt and default was held to be the trigger for initiation of CIRP under Section 7 of the Code. A similar position was taken by the Supreme Court in E.S Krishnamurthy and Ors. v. Bharat Hi-Tech Builders Private Limited[4], holding that the only two courses of action available with the Adjudicating Authority under Section 7(5) of the Code is to either admit or reject the application after verifying whether a default has occurred or not.

The above position of law was modified by the Supreme Court in Vidarbha Industries Power Limited v. Axis Bank Limited[5] (“Vidarbha Case“), while deciding an appeal under Section 62 of the Code. In this judgment, it was held that the NCLT and the NCLAT had erred in holding that the Adjudicating Authority would have no option but to admit an application under Section 7 of the Code, once it found that a debt existed, and a corporate debtor was in default in payment of the same. Applying the rule of literal interpretation of statutes and the judgment of Lalita Kumari v. Government of Uttar Pradesh and Ors.,[6] it was observed that the use of the word “may” in Section 7(5)(a) of the Code indicates that it is not a mandatory provision. Had the Legislature intended for the said provision to be mandatory in nature, it would have used the word “shall”. It was further clarified that the existence of a financial debt and default only gave the financial creditor the right to apply for initiation of CIRP.

Accordingly, the Supreme Court held that under Section 7(5)(a) of the Code, the Adjudicating Authority has been conferred with discretionary powers to admit or reject an application filed by a financial creditor. At this stage, the Adjudicating Authority is required to consider the grounds made out by the corporate debtor against admission, on its own merits, and apply its mind to the relevant factors including the overall financial health of the corporate debtor and the feasibility of commencing insolvency proceedings against the debtor company. However, such discretionary power cannot be exercised capriciously or arbitrarily.

Order passed by NCLAT in the Appeal by Ocean Deity

Applying the law laid down in the Vidarbha Case, the NCLAT observed that mere existence of debt and default does not imply that an application under Section 7 of the Code is required to be admitted. Placing reliance on the judgment of the Supreme Court in Embassy Property Development Pvt. Ltd. v. State of Karnataka[7], it was observed that the Adjudicating Authority ought to have used its discretion and enquired into allegations of fraud when there was a prima facie case of fraudulent initiation of CIRP. The NCLAT further observed that having regard to the investigation reports filed by Ocean Deity (the Appellant), the Adjudicating Authority ought to have examined the nature of the financial transactions and assessed whether or not they were collusive in nature.

In light of the above, the NCLAT set aside the order of the NCLT, Mumbai, and rejected the application filed by Suraksha, holding that the term loans disbursed in the name of Mack Star were an eyewash as Yes Bank had disbursed these loans with an ulterior motive. With this judgment, the NCLAT has clarified the law on the discretionary nature of Section 7(5) of the Code, thereby placing greater onus on the financial creditor to satisfy the Adjudicating Authority to admit the application for CIRP against a corporate debtor.