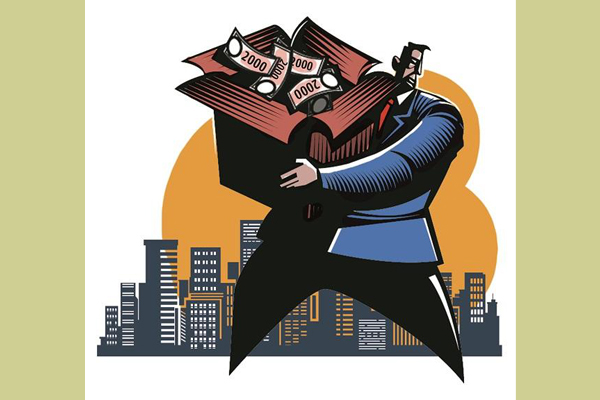 In the thirtieth year of India, opening its doors toward globalisation and attract foreign
investments continued to remain on the protectionist side. In some cases, because of
challenges thrown at home grown companies and at times policies and overregulation in order
to protect Indian companies. India has had a largely protectionist outlook towards domestic
businesses, resulting in prolonged litigations as well as investor unfriendly regulations, taxation
etc. What irks the investors is the lack of clarity in taxation regime and most importantly the
quantum of or percentages of direct and indirect taxation. Added to these are environmental
issues posed by the home-grown industry not allowing easy entry for global giants. Yet another
aspect goes un-noticed is the prolonged and labyrinth judiciary redressal process.

As a result, over the years, this has created a hostile environment for foreign companies who
have tried to set up shop in India. Overregulation and inconsistent policies, at times at the
behest of local companies, have made foreign investors sceptical from tapping into the
potential of our markets, even with the best of intentions. However, certain recent
developments point to a positive shift in the Indian government’s attitude towards regulating
international businesses in India, most importantly respect for arbitral awards by international
tribunals. There is indeed a realisation that something is amiss. In addition, is the acceptance of
minimum taxation on profits of global companies recently reached at G7 and G20 nations?

It must be said that predictability, certainty, visibility of policy is the hall mark for attracting
investment, notwithstanding a robust, time efficient judiciary. No matter how big is the market
place, no investor would move in with rules of the games changing half way in a match or
moving goal posts. Foreign investors and international trade bodies have regularly and
justifiably demanded a more stable and predictable trade policy regime in India. World Trade
Organization’s most recent Trade Policy Review (TPR) report also called out India’s reliance on
taxes, licenses and tariffs as problematic and “creating uncertainty for international traders”.
The retrospective tax law stood as a classic example in this case. It is not that retro taxation is
not applied elsewhere in the developed world, but the manner in which it was enacted left a
bad taste in the minds of investors.

2012 saw a major amendment in the Income Tax Act that empowered Indian authorities to tax
companies for acquiring assets in India, retrospectively from 1st April 1962. Although the
beneficiary assets were in India, but the sale and purchase was carried out by two off shore
companies, resulting in no capital gains tax in India, not a tax evasion, but a tax avoidance, as
the Supreme Court observed in 2012. As a result, the government put tax demands on at least
17 companies amounting to billions of dollars for deals that had happened before 2012. The
amendment naturally stood strong as a major point of concern for foreign investors. This action
was seen to be retrograde, creating a doubt what more could be in store, as such retrospective
action causes unforeseen damage to businesses? As a result, the government has been
engaged in a legal tussle with Cairn Energy and Vodafone, in international arbitration tribunals
for the better part of a decade.

These two companies were most affected by the retrospective tax amendment.

Another recent example is how the 2% Equalization Levy was as slipped surreptitiously into the
Finance Act, 2020 just before passage of the Budget, without any debate and inputs from the
industry. Even with numerous requests for clarifications, the government has intentionally kept
the provisions ambiguous and ruled out providing any FAQs. The government can consider
bringing in a consultative approach while introducing new laws, to avoid the negative
experiences of new legislative changes.

The government can consider building better accountability on its members to ensure
governments tax initiatives and laws are enforced at the ground level are aligned with its
intent. The recent initiatives around digitizing the tax department such as the new tax portal,
online validation of vendor tax returns have made the compliance unfortunately more onerous
instead of the simplification intended, and there are tech glitches in some instances which has
led to taxpayer non-compliance for no fault of theirs. Even the recent introduction of faceless
assessment has reduced the quality of audits rather than enhancing it, which is evidenced by
the numerous writs challenges to faceless assessments on grounds that procedure under the
faceless assessment scheme itself is not being followed.

Be that as it were, and considering the long-drawn damage to our image as a reliable business
destination, the government has recently proposed a scrappage of the amendment to revive
investor confidence in India. The foreign investor community is looking to come to India can
now be assured that we’re moving away from an unstable policy landscape that has haunted
them for decades. It must be said here that the litigation in our country is so arduous and
unpredictable that it takes decades, if not generations to decide in a case, which if
unacceptable goes to international arbitration. Three landmark cases relating to such litigation
have been Cairn, Vodafone and Devas. In the end hard to say who is wronged and who is right?

The recent Supreme Court ruling in the Amazon-Future Retail matter has also set a remarkable
precedent with respect to foreign investment in India. The Supreme Court upholding the order
of an international emergency arbitrator against two domestic companies, Reliance and Future
Retail, has sent a message that India’s trade regime functions at par with international
standards. Enabling a level playing field for domestic and international players in India. India
promotes a healthy competitiveness, business environment and eliminates the fear among
international companies wanting to bring their operations to India. Most importantly, the
consumer gets multiple choices. The message clearly being sent out is that competition is the
name of the game. These internecine time consuming wars must end. This is a classic case of a
perceived threat to the Indian company to share the market place by a global giant. Why can’t
the fight be in the market place than in courts to declare a winner? This mind set has also to
change. This is even a bigger threat than aforesaid taxation issues.

Covid-19 hit the global economy harshly, with millions losing their livelihoods. India’s fight with
the virus is not over, and our economy is only gradually recovering. Businesses need all the help
they can get to build themselves back up. Foreign Direct Investment (FDI) has the potential to
aid India’s economic recovery and along with it, bring lakhs of people back into the workforce
with stable well-paying jobs. In this light, a move to ease up compliance burdens for foreign
entities will surely bring cheers to the global investor community looking to come to India.

However, we must not forget that a lot of damage has already been done. In the past, many
companies like Vodafone have suffered, and have been pushed to a point of near exit from the
Indian business landscape due to a harsh regulatory environment. More recently, ministers
invoking Quit India movement does not augur well for investor confidence and goes against the
Brand India image projected successfully by the Hon’ble PM of India. In the coming years, we
must make it our priority to uphold the sanctity of contracts and existing legal provisions, as the
next step towards rebuilding investor confidence in India. Here I believe, India must follow the
powerful vision of the Hon’ble PM and not damage the credibility of India as a great investment
destination.

India’s recent actions are finally speaking louder than words to foreign investors. A shift in
India’s approach towards the regulation of foreign businesses in India has been a long time
coming. Incubating a friendly environment for potential business partners all over the world is
of utmost urgency, especially in a post-pandemic world. Let’s also not forget the need of a
strong and time efficient judicial redressal system. Metaphorically speaking we need many
record-breaking javelin and discuss throws to attract businesses. We have to be in the mood of
breaking many more records. Let the fights be in field than in courts, and without prohibitive,
yet predictable taxation system.