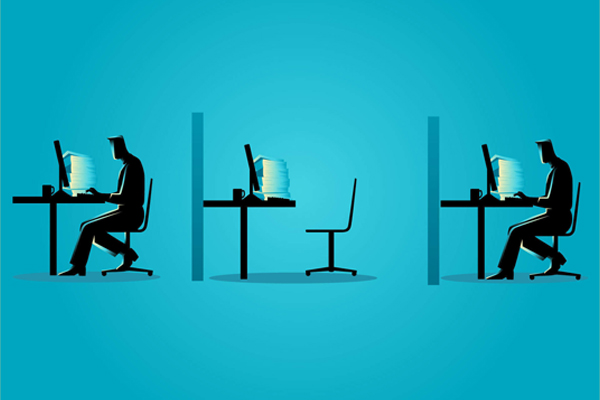 Only by shoring up the insolvency mechanism and tackling huge pendency of cases can confidence of creditors be restored.

While hearing a challenge to the Tribunal Reforms Act, 2021, the Supreme Court came down
heavily on the government of India. A bench headed by Chief Justice of India (CJI) N V
Ramana observed that National Company Law Tribunals (NCLT), and the National Company
Law Appellate Tribunal (NCLAT) are hamstrung by vacancies not being filled on time.

The government has lauded the role of the Insolvency and Bankruptcy Code, 2016 (IBC), for
improving India’s ranking on the “Ease of Doing Business” index over the last couple of
years. However, the SC’s observation is spot-on as vacancies in the tribunals have slowed
down insolvency resolution due to the huge pendency of cases. When the SC made its
observations, the NCLT had only 30 members against a total strength of 63. The NCLAT had
a sanctioned strength of a chairperson plus 11 members but its functioning strength was of
eight members. Both the NCLT and NCLAT have been without chairpersons for six and nine
months respectively. On September 11, the government appointed 18 more members to
the NCLT — 8 judicial and 10 technical. The same day, the NCLAT got another acting
chairperson with the retirement of the last incumbent.

These vacancies are concerning because as of May 31, 13,170 insolvency petitions were
pending before benches of the NCLT. Of these, 2,785 petitions have been filed by financial
creditors and 5,973 by operational creditors. More than 70 per cent of petitions were
pending adjudication for over six months as of May 31. While the number of petitions filed
by operational creditors is likely to reduce because of the increase in default threshold from

Rs 1 lakh to Rs 1 crore, petitions by financial creditors are only likely to rise now that the
moratorium on filing fresh petitions has been lifted by the government.

As far as the NCLAT is concerned, 1,000 appeals under the IBC were pending adjudication as
on May 31. While the IBC was enacted with an object of time-bound resolution of debts,
pendency of appeals in cases where corporate insolvency resolution process (CIRP) has been
commenced against companies only delays the final resolution to much beyond the ideal
period of about a year.

The IBC created an institution called an information utility to be the repository of
information on debts and defaults in India. The sole utility in India at present is the National
E-Governance Services Ltd. (NeSL). According to the evidence provided by the Ministry of
Corporate Affairs to the Parliamentary Standing Committee on Finance in August, NeSL data
as of May 31 shows that the number of debtors in India stood at 93.02 lakh. The amount of
underlying debt is Rs 136 lakh crore. While NeSL has issued 41,094 default certificates, the
number of defaults is likely to be much higher as not all creditors report debts and defaults
to NeSL as it is not mandatory to file default certificates issued by it with the NCLT while
filing petitions to commence CIRP.

While financial creditors are facing criticism for taking haircuts as high as 90 per cent against
their claims, resolution applicants take a higher risk if the process is uncertain and if there is
no fixed time for transfer of control of a corporate debtor to the successful applicant. A
longer approval period would entail greater value erosion of a corporate debtor which
would be an unattractive proposition for any prospective resolution applicant. This
uncertainty can be cured by a faster approval process by the NCLTs by the creation of more
benches and filling up of current vacancies.

The standing committee on finance noted that a high number of NCLT judgments gets
overturned on appeal, underlining the dearth in expertise and training of members.
Therefore, while filling up vacancies, the members being appointed must have sufficient
domain expertise.

The Indian economy is recovering from the adverse effects of the Covid-19 pandemic.
During the downturn, financial institutions and banks have suffered higher defaults than
usual, impacting the robustness of the system. Lending has decreased during this time and
can only be encouraged now by shoring up the mechanism under the IBC to inspire
confidence in creditors.

The SC had granted time to the government till September 13 to take substantial steps in
this regard, which was partially complied with by appointing 18 members. The government,
however, failed to avoid embarrassment as on September 15, the CJI expressed his anger at
the appointment process which had ignored candidates recommended by the selection
committee. In response to the court’s admonition, the Attorney General assured that the
appointments will be reconsidered within two weeks. Thus, the vacancy in NCLT is now back
at 33.