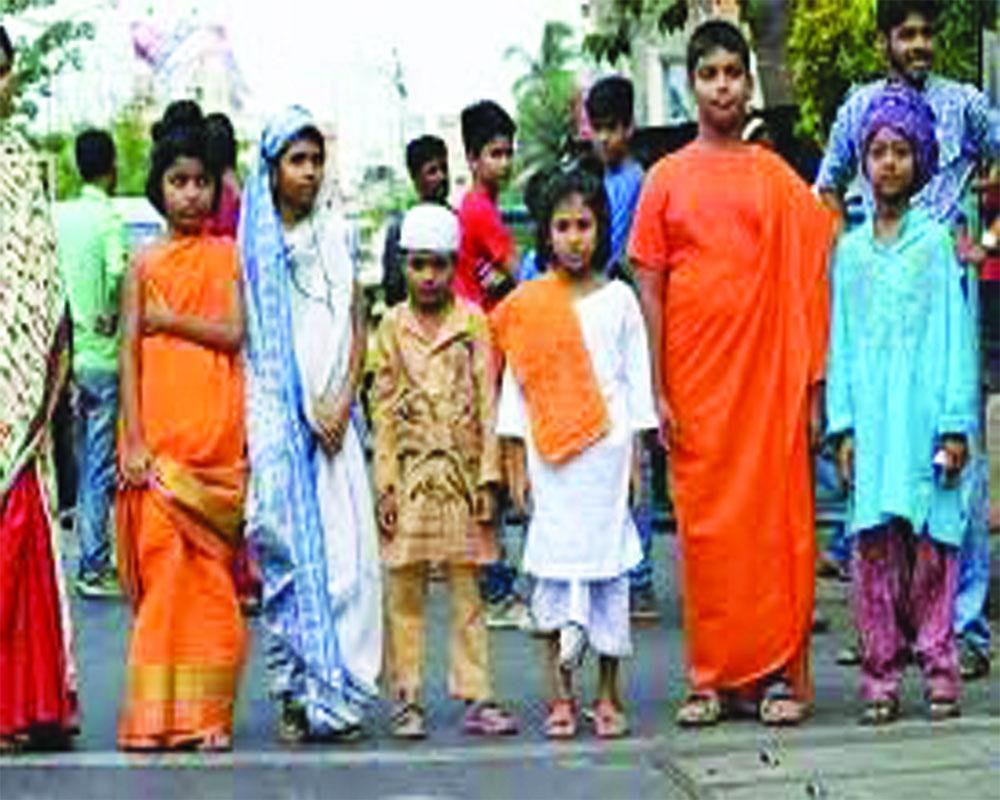 Kinship not only acts as the binding element between unity and equality, it gives birth to new rights which facilitate the constitutional goal of an egalitarian society

Historical background: Since the beginning, the Constitution makers were transparent and knew their purpose and direction. Pandit Jawaharlal Nehru while moving the Objectives Resolution in the Constituent Assembly said: “Laws are made of words but this Resolution is something higher than the law.” He urged the members of the Assembly to treat the Objectives Resolution as a declaration, an undertaking and a pledge to achieve what they promised the people of India and the yet unborn citizens: A Constitution to call their own.

The Objective Resolution declared India as an independent, sovereign, republic. Pandit Nehru said: “India is bound to be sovereign, it is bound to be independent, and it is bound to be a republic.” Clearly, the Constituent Assembly’s intention was to end the monarchical system. The debates and deliberations in the House led to the Objective Resolution taking the form of the Preamble of the Constitution. However, the ‘Mountbatten plan’ divided India into two new dominions on June 3, 1947, causing political changes to the Constituent Assembly. Thus, the Resolution needed amendment to factor in the changed political context.

The trinity of Liberty, Equality and Fraternity:

The egalitarian society the founding fathers envisioned, rests on four pillars established in the Preamble: The pillars of Justice, Liberty, Equality and Fraternity. However, the word ‘Fraternity’ is mentioned in the Constitution only once. Also “Fraternity” and has not occupied much space in judicial discourse by the Supreme Court compared to Justice, Liberty and Equality. The French Revolution inspired the Drafting Committee to adopt the trinitarian concept of Liberty, Equality and Fraternity preceded by Justice. The French were the first to raise the slogan, “Liberty! Equality! Fraternity!” against oppression by the State, to demand political participation and to promote brotherhood. Of the three revolutionary slogans, fraternité, called for unity and solidarity, to be bound as citizens of one nation. In his concluding remarks on November 25, 1949, Ambedkar said: “We must make our political democracy a social democracy as well. Political democracy cannot last unless there lies at the base of it social democracy. What does social democracy mean? It means a way of life which recognises liberty, equality and fraternity as the principles of life.”

Ambedkar pointed to the existing social and economic inequality in Indian society and the significance of the ideals of Liberty, Equality and Fraternity to eliminate those inequalities. On October 17, 1949, Acharya Kripalani applauded the inclusion of Fraternity in the Preamble. “Again I come to the great doctrine of fraternity, which is allied with democracy. It means that we are sons of the same God, as the religious would say, but as the mystic would say, that there is one life pulsating through us all, or as the Holy Bible says, ‘We are one of another’. There can be no fraternity without this.”

Courts on fraternity: The Bombay High Court in the Indian National Mines Overmen vs Western Coalfields Limited case, challenging the compulsory deduction of Rs 50 from the salary/wages of its employees for transfer to the Prime Minister’s National Relief Fund cited the explanation given by Ambedkar on Fraternity. The court said that “fraternity means a sense of common brotherhood of all Indians. In a country like ours with disruptive forces of regionalism, communalism and linguism, it is necessary to emphasise and re-emphasise that the unity and integrity of India can be preserved only by a spirit of brotherhood. India has one common citizenship and every citizen should feel that s/he is Indian first, irrespective of other basis. In this view, any measure at bringing about equality should be welcome.” The court relied on ‘Fraternity’ in the Preamble and Ambedkar’s speech on obligations imposed under the Fundamental Duties chapter, which do not otherwise have any legal sanction.

In the Prathvi Raj Chauhan vs Union of India case, addressing the SC/ST (Prevention of Atrocities) Act, Justice Ravindra Bhat of the Supreme Court said that fraternity holds a crucial a place in the scheme of our nation’s consciousness and polity. However, he said that ‘Fraternity’ is one of the lesser explored areas in the Constitutional discourse of the judiciary. The court observed that, “The Fraternity assured by the Preamble is not a declaration of a ritual handshake or cordiality between communities that are diverse and have occupied different spaces: It is far more.”

While evaluating the constitutional validity of the appointment of local tribals as special police officers in Maoist-hit regions of Chhattisgarh in the Nandini Sundar vs State of Chhattisgarh case, the apex court stressed on the importance of fraternity. It said, “Our Constitution posits that unless we secure … conditions of social, economic and political justice for all who live in India, we would not have achieved human dignity for our citizens, nor would we be able to promote fraternity among groups of them. Policies that run counter to that essential truth destroy national unity and integrity.” The court said that the Constitution casts a positive obligation on the State to take necessary steps to protect the fundamental rights of all citizens. The State is obliged to secure conditions where dignity of its citizens is protected to enable all to live in conditions of fraternity. Fraternity not only acts as the binding element between unity and equality, it gives birth to new rights which facilitate the constitutional goal of an egalitarian society. The right to live with dignity and respect, free from oppression and untouchability. The fundamental rights granted in the Constitution are structured on the principles liberty, equality, and fraternity. These ideals are inscribed in the Constitution’s Preamble. The Universal Declaration of Human Rights,1948, which is contemporaneous with the Indian Constitution, recognises inherent dignity and the equal and inalienable rights of all members of the human family. This is the foundation of freedom, justice and peace in the world.