COVID – The Creator of Immunity Boosters 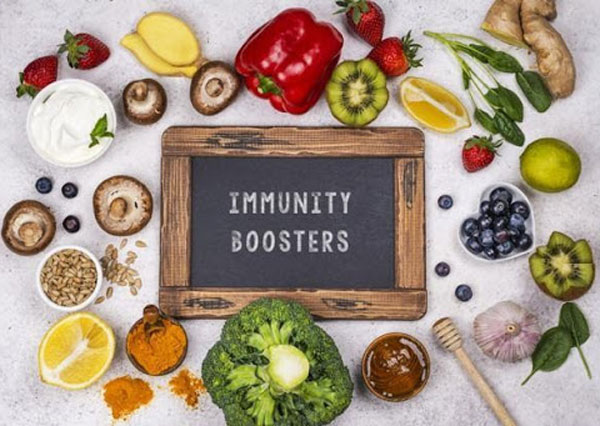 ‘Immunity’, one of the many buzzwords that gained currency when the COVID pandemic struck, is now a much talked about subject, replacing even the weather when it comes to making small talk. Never before has immunity assumed such importance, and true enough, the market is now flooded with all kinds of ‘immunity boosters’ that hold out various promises to potential consumers. Now, an ‘immunity booster’ may not have been taken very seriously, and the efficacy of immunity boosters have been questioned and even disregarded, not so long ago. Enter ‘COVID’, and things have changed overnight. While the cause and effects of this dreaded virus remain unknown, to a very large extent, in the short time that it has wreaked havoc across the world, cases have demonstrated that a healthy and strong immune system remains the key to battling the coronavirus and to hopefully emerging unharmed. As a result, immunity boosters, in their various forms, have found their way into the lives of people like never before.

Products which are termed as ‘immunity boosters’ or products which can generally help with the well-being of a person, can primarily be consumed in two forms – food and medicines. While medicines are strictly governed by the Drugs and Cosmetics Act, 1940, and a consumer would usually take such medicines with a prescription or advice from a doctor, foods are more freely available and consumed, with the choice of consumption being almost entirely that of the consumer. It is also observed that a large number of the immunity boosters are being introduced and sold as ‘food’ , rather than as a medicine/ drug, possibly for the reason that now products such as nutraceuticals, health supplements, food for special dietary use, food for special medical purpose, etc., are all classified as food products governed by the Food Safety and Standards Act, 2006.

The promotion of foods, today, specifically immunity boosters, lies with the manner in which these products are advertised, and the claims that are being made in relation thereto. Advertising, which includes the making of statements and claims in relation to these products is regulated through a myriad of laws, with the principal legislation being the Food Safety and Standards Act, 2006, under which the Advertising and Claims Regulations are formulated. In addition, the code formulated by the Advertising Standards Council of India, and known as the ‘ASCI Code’, though a voluntary set of guidelines, is something that the industry should pay close attention to. While the FSSA is something which has been around for a while now, and the basic premise of this law is that advertisements and claims must be truthful and should always be substantiated with appropriate/ adequate scientific evidence, the Advertising and Claims Regulations were specifically drafted to regulate advertisements and claims, and was brought into being, as recent as in 2018.

Advertisements and claims, therefore, today, have to be created with extreme caution, keeping in mind the multiple laws which regulate this. The claims and statements, being made, must be capable of being substantiated with proper evidence, failing which, questions could be raised, resulting in the requirement of having to either modify the claim, or even remove the claim in relation to a product. Anyone intending to advertise a product should ensure that such claim, statement or advertisement, not only complies with the positive requirements in the law, but also does not fall within that which has been prohibited. For instance, the FSSA frowns upon claims and statements being made, which state that a food product has curative or preventive effects and is something that can possibly prevent a disease or cure one.

To discuss immunity boosters and products which are generally for the wellbeing of people, the level of scrutiny would be much higher, in comparison to a product which would not be making such challenging claims, such as a product of water or a staple, like rice, etc. Advertising and human psychology are closely linked, and most advertisements are known to, and more often intended to, reach the subconscious mind of a targeted consumer. The situation today, with the COVID pandemic, could, at times, tempt a marketer to make claims which could have an exaggerating effect, without a real intention to mislead or confuse a consumer. Further, the kind of products that immunity boosters are, could result in them also be categorised as those ‘special foods’ under the FSSA, such as nutraceuticals, health supplements, etc., which have a further level of regulation, which relate to claims being made as well. Therefore, any person, prior to making any claims/ statements or even advertising a product must understand as to whether such claims/ statements are even permitted and should ensure the required compliance, as today, it is not only the advertisement and the product owner who would face questioning but also the endorser of the products.