CORPORATE PHILANTHROPY: DOES A PENAL APPROACH ELICIT THE BEST RESPONSE? 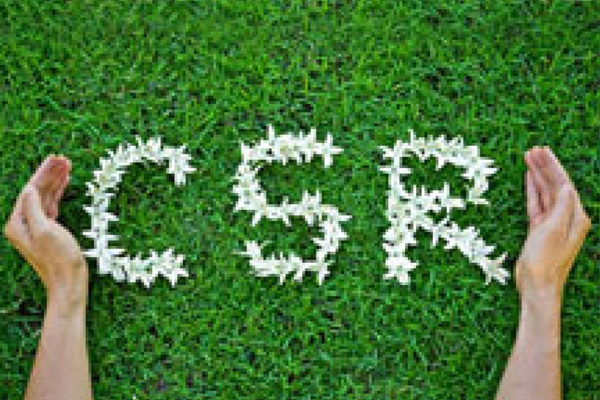 THE EVOLUTION OF CORPORATE PHILANTHROPY

Philanthropy is a noble practice and selfless concern for people and communities, the environment and society, which has been practised since aeons by individuals in various forms, stemming from beliefs rooted in religious precepts in India. Some of these personal beliefs, practices and behaviours found their way into corporate policies, cultures and philosophies as altruistic individuals often are part of corporates, multinational organisations’ management and board rooms. This in turn paved the way for corporate altruism in the form of corporate social responsibility (CSR) as a concept and practice.

In the last two decades, Indian corporations have been encouraged to practice philanthropy in the form of CSR and particularly urged to imbibe the principles of charity, social welfare, social responsibility, environment safety, and the development of society’s underdeveloped section in the corporate philosophy and culture. To promote corporate altruism, the Ministry of Corporate Affairs (MCA), in 2009 introduced, Voluntary Guidelines for CSR (Voluntary Guidelines) for encouraging corporate participation in social welfare. MCA envisaged that the corporate culture, should reflect the corporate responsibility for the welfare of society and the underprivileged sections of society

SHIFT FROM VOLUNTARY TO MANDATORY

Later in 2013, MCA intending to move from voluntary compliance to mandatory compliance, replaced the Voluntary Guidelines with a new provision, i.e. Section 135 on CSR in the Companies Act, 2013 (ACT). It was the first time in Indian corporate history, and the Government introduced the concept of social welfare in the form of corporate social responsibility in corporate law.

SHIFT FROM the ‘COMPLY OR EXPLAIN’ APPROACH TO the ‘PENALISING’ APPROACH

The philanthropic CSR model has seen a fundamental shift from voluntary compliance to compulsory compliance and non-compliance meeting penal provisions. The recent amendment to Section 135 of the Act makes failure to comply with corporate altruism a punishable offence. As per amendment3, any corporate person who fails to spend the prescribed amount on CSR activities is liable to pay twice the CSR amount. In addition, the directors of such a non-compliant company are responsible personally for paying 1/10th of the CSR amount. These controversial changes in the Act have many people in management debating about the rationale for making the company, its directors, and its officers accountable for activities that were always supposed to be voluntary philanthropy and benevolence.

Now consider this mandatory CSR contribution from the perspective of the shareholders of a profit-making company, who may primarily be interested in the return on investments in the form of a dividend. And no CSR activities means more dividend or at least more net surplus out of the profits in the company’s accounts. Therefore, the reasons for not undertaking CSR activities, as explained by directors in the directors’ report addressed to the shareholders, was only a tick box compliance. Also, it was argued that the single most enormous fallacy of the “comply or explain” approach of CSR provisions was that the persons adjudicating the legitimacy of the explanation are the people who stand to benefit from its non-compliance. Unless shareholders practice corporate altruism or the corporate person has a generous public image, directors’ explanation’s legitimacy was viewed suspiciously.

Further, the directors submitted the directors’ report to the MCA. However, the absence of specific provisions in the Act made it difficult for the Registrar of Companies (RoC) to enforce mandatory spending by the corporate persons.

A high-level committee on CSR, consisting of prominent members of the society, was constituted in 2018 by the MCA to review the CSR framework and recommend guidelines for enforcing CSR provisions. The committee observed that even though the compliance in terms of CSR expenditure by the eligible companies was moderate in 2015-2016, the compliance percentage declined to 57% in 2017-18 compared to 72% in 2016-17. Furthermore, the committee observed that some of the notable reasons, among others, as reported by the companies for non-compliance of prescribed CSR amount are (i) problems in identifying a suitable project, (ii) selection of suitable implementing agency, and (iii) multi-year projects, etc. While some of the stated reasons may be reasonable, most others were untenable.

Therefore, based on the reluctance of the corporate persons to undertake CSR, the Government decided to introduce penal provisions in CSR and thereby recommended amendments to Section 135 of the Act.

After consultations, the penal provisions in the form of monetary fines were included by MCA, which encouraged the directors to practice more benevolence. For example, if a corporate director fails to spend on CSR activities, he is penalised by having to pay double the obligatory amount from their personal accounts.

Since its introduction in 2009 as a voluntary concept, the MCA has taken steps to define the meaning of CSR, prescribe the eligibility threshold and the amount to be incurred as expenditure, and now, gone on to prescribing the monetary liability for the company and its directors for non-compliance.

It has taken a pandemic of the magnitude of COVID-19 to teach us to be empathetic and benevolent toward others, more vigilant about the environment and responsible for the society in which they live. So, rather than perceiving CSR as burdensome tickbox compliance mandated by law, corporates must imbibe the principles of corporate altruism. The management/directors must think of CSR as a powerful tool in their hands to significantly contribute to society’s development. The directors must identify the community’s needs, the environment in which they operate and ensure they make enduring and significant contributions in improving the lives of their fellow human beings or improving the ecology.